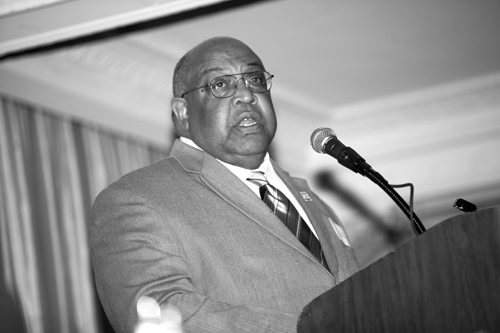 “We are incredibly proud that the AFL-CIO Executive Council selected USW International Vice President Fred Redmond to serve as its secretary-treasurer alongside AFL-CIO President Liz Shuler.

“Fred is a decades-long union activist with a proven commitment to both negotiating good contracts and advancing civil and human rights, including through his recent work as chair of the AFL-CIO Task Force on Racial Justice. We know that he will bring the same passion and dedication to his new position.

“Workers across our nation are facing unprecedented challenges, and we are deeply grateful to Fred for assuming this role, even as he continues his work with the USW. Rich Trumka’s passing reverberated throughout the labor movement, but despite our grief, I know Fred, like all of us, is committed to ensuring the AFL-CIO’s vital mission goes uninterrupted.”