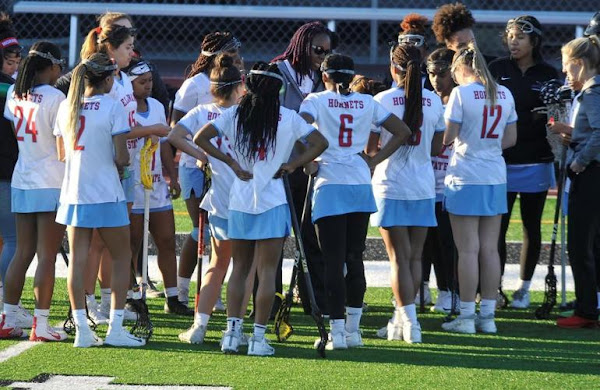 To the University Community:

On April 20, an incident occurred in Georgia when the Delaware State University Women’s Lacrosse Team was returning home from a game in Florida. Traveling by contract bus, Georgia Law Enforcement stopped the team under the pretext of a minor traffic violation. The belongings of the student-athletes, including suitcases in the luggage racks beneath the bus, were searched by police and drug-sniffing dogs. Videos such as this one taken by one of the players clearly show law enforcement members attempting to intimidate our student-athletes into confessing to possession of drugs and/or drug paraphernalia.

To be clear, nothing illegal was discovered in this search, and all of our coaches and student-athletes comported themselves with dignity throughout a trying and humiliating process.

Our student-athletes, coaches, and the subcontracted bus driver are all safe. I have spoken with many of them, and in the course of investigating this incident in conjunction with our General Counsel and Athletic Director, I have also reached out to Delaware’s Governor, Congressional delegation, Attorney General, and Black Caucus. They, like me, are incensed. We have also reached out to Georgia Law Enforcement and are exploring options for recourse—legal and otherwise—available to our student-athletes, our coaches, and the University.

We do not intend to let this or any other incident like it pass idly by. We are prepared to go wherever the evidence leads us. We have video. We have allies. Perhaps more significantly, we have the courage of our convictions.

News of this incident has hit social media in response to a May 4 article published in The Hornet Newspaper. Written by sophomore Mass Communications major and lacrosse player Sydney Anderson, the piece is thoughtful and well-written, supported by one of several videos taken of the incident. We have already begun to receive inquiries from local reporters. I would not be surprised if this story eventually extends beyond local coverage.

It should not be lost on any of us how thin any day’s line is between customary and extraordinary, between humdrum and exceptional, between safe and victimized. That is true for us all but particularly so for communities of color and the institutions who serve them. The resultant feelings of disempowerment are always the aggressors’ object.

This past January and February during the spate of bomb threats made against HBCUs, it was made clear then that personal nobility, individual virtue, and communal excellence do not exempt us from oppressive treatment. In fact, it seems the opposite holds true; too many people of color in this country, our students among them, experience what W.E.B. Du Bois dubbed “double consciousness,” a wasteful predicament in which people of color live doubly: in talented pursuit of their dreams and in self-conscious defense of their mental and, too often, physical safety.

However, as I said in January, we will never be bullied into believing anything other than what we are— Americans, learners, teachers, builders—useful and honorable people ready to soar. I am proud of our student-athletes, their coaches, the athletic department leadership, and the reporters and staff of the University newspaper. Our mission is a critical one and is as much a part of the American story as any.