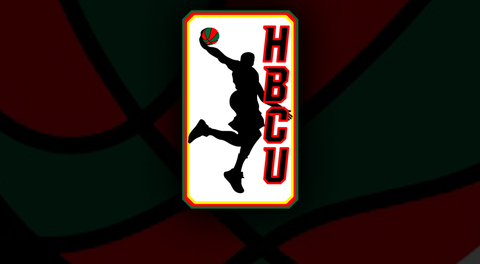 The HBCU Basketball Association; is a United States based, for profit LLC Professional Basketball League that affords professional players, coaches, and executives’ opportunities not often available at the professional level for players that attend HBCU's. The HBCUBA will launch it's inaugural season in 2023 with six teams in six states. The original six franchises will be located in Atlanta, Georgia, Birmingham, Alabama, Daytona Beach, Florida, Houston, Texas, Jackson, Mississippi and New Orleans, Louisiana.

The HBCUBA prepares players for the NBA and NBA G league by playing NBA Rules.

Qualified Members of the HBCUBA Must Have: Attended a HBCU for at least one year or is currently enrolled at an HBCU. Must be 18 years or older.

Benefits of playing in the HBCUBA.

1. Opportunity to play in the first professional basketball league featuring all HBCU players.

2. Full stats of all games played

3. Live stream of all games.

5. Housing for out of state players covered by team.

6. Insurance provided for all players.

8. Opportunity to compete at a high level. 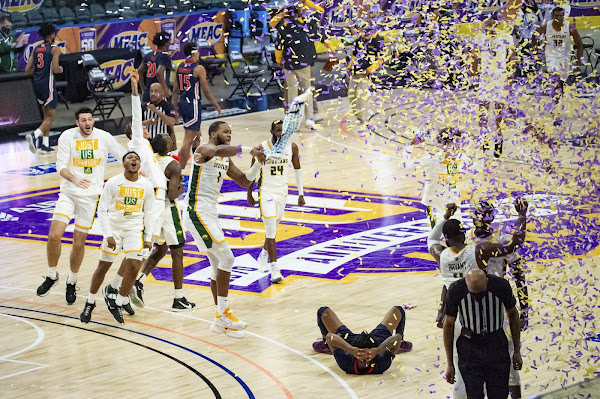 Conference player of the year, Joe Bryant Jr. scored 23 points and top-seeded Norfolk State used 9-4 run to finish off Coppin State 72-57 on Saturday to win the Mid-East Athletic Conference tournament championship and an automatic bid in the NCAA Tournament.

The conference champions went 12-2 to claim the top tournament seed, and have won at least a share of the regular season title in three of the last four seasons. 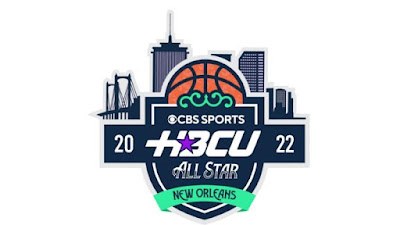 The 2022 HBCU All-Star Game, a new event that will showcase college basketball's top talent from Historical Black College and Universities. CBS Television Network is carrying the game live, which will take place at 4 p.m. ET April 3 at the University of New Orleans' Lakefront Arena on Sunday, the day between Final Four and the national title game, also in New Orleans this season.

"The University of New Orleans Lakefront Arena is a perfect location for this inaugural event," HBCU All-Stars co-founder Travis Williams said. "We are truly excited about the opportunity to honor HBCUs contribution to the great game of college basketball and showcase the nation's best HBCU student-athletes and brilliant coaches on a national stage during college basketball's biggest weekend. This historic endeavor with CBS Sports will raise national awareness of our prestigious HBCUs rich legacy of academic and athletic achievement."

Tickets for the game are available at www.arena.uno.edu, and a portion of ticket sales will go to the HBCU All-Stars Scholarship Fund. Players from the MEAC, SWAC and other Division I HBCU schools will be featured as well as players from the SIAC and CIAA from Division II. 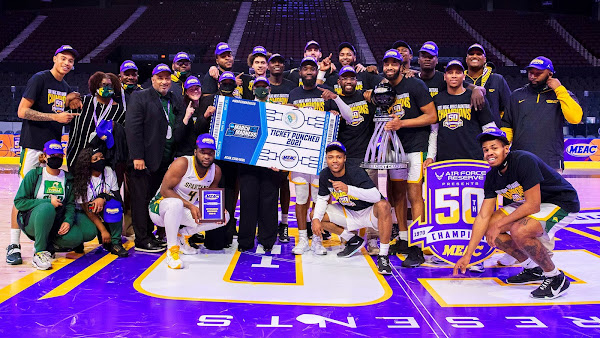 For years, the Norfolk State men’s basketball team has fought tooth and nail to get back to the Big Dance only to fall short every time.

On Saturday afternoon, that all came to an end.

Tournament MVP Joe Bryant scored 17 points in leading North No. 2 seed NSU to a 71-63 win over North No. 3 seed Morgan State in the MEAC Tournament final. The Spartans won their second-ever MEAC title, taking the lead from the Bears midway through the first half on Saturday and never giving it up.

NSU held Morgan State to just 39 percent shooting, including 3-of-17 from the 3-point line. Along with Bryant, senior Kashaun Hicks added 14 points on 6-of-11 shooting with seven rebounds, and senior Devante Carter tallied 12 points, seven rebounds and five assists. Carter was named to the all-tournament team along with Bryant.

The Spartans also won the MEAC title in 2012 when they went on to defeat No. 2 seed Missouri in their first NCAA Tournament appearance. After the MEAC Tournament moved to Norfolk Scope in 2013, NSU had advanced to the finals twice in the previous seven years it was fully held (last year’s championship was cancelled due to COVID-19), in addition to three other semifinal appearances.

NSU ended that championship drought while improving to 16-7 on the year. The Spartans led by double digits most of the second half on Saturday, and the Bears (14-8) got no closer than six late in the game.

The Spartans will find out their seeding and opponent in the NCAA Tournament, held this year in Indianapolis, on Sunday with the NCAA Selection Show beginning at 6 p.m. live on CBS.

“We knew Morgan State wouldn’t go away,” said head coach Robert Jones, who was named the MEAC Tournament Most Outstanding Coach. “Coach Broadus is a good friend of mine, and we said all year that we were the two best teams in this league. We showed it tonight.

“It was a dogfight the whole time. We watched their first two games, and they were down by nine at the half, so we just said this wasn’t going to be the third game in a row.”

Indeed, NSU led by seven at the half. Bryant caught fire in the second period, scoring 10 points before the first media timeout as NSU stretched its lead to 13. The junior had a 3-pointer and a 3-point play for the Spartans as their lead went back to double digits. A 17-8 run was ultimately capped by buckets from senior Kyonze Chavis and sophomore Nyzaiah Chambers for a 16-point lead, 56-40, with 13 and a half minutes to go.

NSU’s largest lead of the game stood up. The Bears tried to make a run, getting as close as 11 before Bryant’s corner 3-pointer put an end to that. Morgan State was able to get the deficit to single digits late in the last few minutes, but Hicks had a pair of breakaway dunks on a full-court press to keep MSU from getting any closer than six.

The Bears were led by all-tournament honorees De’Torrion Ware (16 points, five rebounds) and Lagio Grantsaan (13 points, eight rebounds). They finished with a 42-34 edge on the glass.

It was a back and forth game in the early going before a dunk from Chambers on a nice feed from senior Mustafa Lawrence at 10:44 to put NSU ahead for the rest of the half. Carter hit a 3-point shot, and Lawrence also sank one for a six-point lead, 24-18, with less than eight minutes to go in the half.

After a 3-point play from Ware, NSU turned around and scored eight straight for a double-digit lead. Hicks had a pair of baskets during a quick 8-0 run, and Lawrence finished it with three free throws to make it 34-24.

Thanks to a late 3-pointer from Chavis, the Spartans went into the half nursing a 37-30 advantage.

NSU shot 42 percent for the afternoon, 47 percent in the second half, hitting seven 3-pointers along the way. The Spartans forced 18 turnovers and held a 24-10 edge in points off turnovers.

Posted by Councilman George L. Cook III at 7:53 AM No comments: 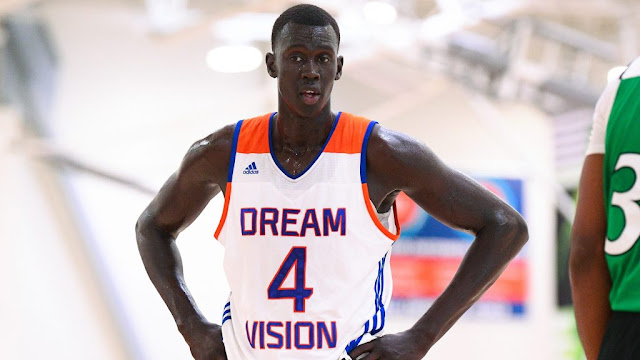 One of the top high school basketball recruits in the country made history Friday, announcing he will play for Howard University, a historically Black university.

Makur Maker is No. 16 on the ESPN 100 list for 2020. As such, Maker is the first five-star prospect to commit to an HBCU (Historically Black College and University) since ESPN began ranking prospects in 2007.

"I need to make the HBCU movement real so that others will follow," Maker tweeted. "I hope I inspire guys like Mikey Williams to join me on this journey. I am committing to Howard U & coach Kenny Blakeney."

Maker, a 6-feet 11-inch center, chose Howard over his three other finalists: UCLA, Kentucky and Memphis, according to The Undefeated.

ESPN reports Maker "averaged 14.7 points and 7.9 rebounds while shooting 73% on 2-pointers last spring and summer with Dream Vision on the Adidas grassroots circuit." 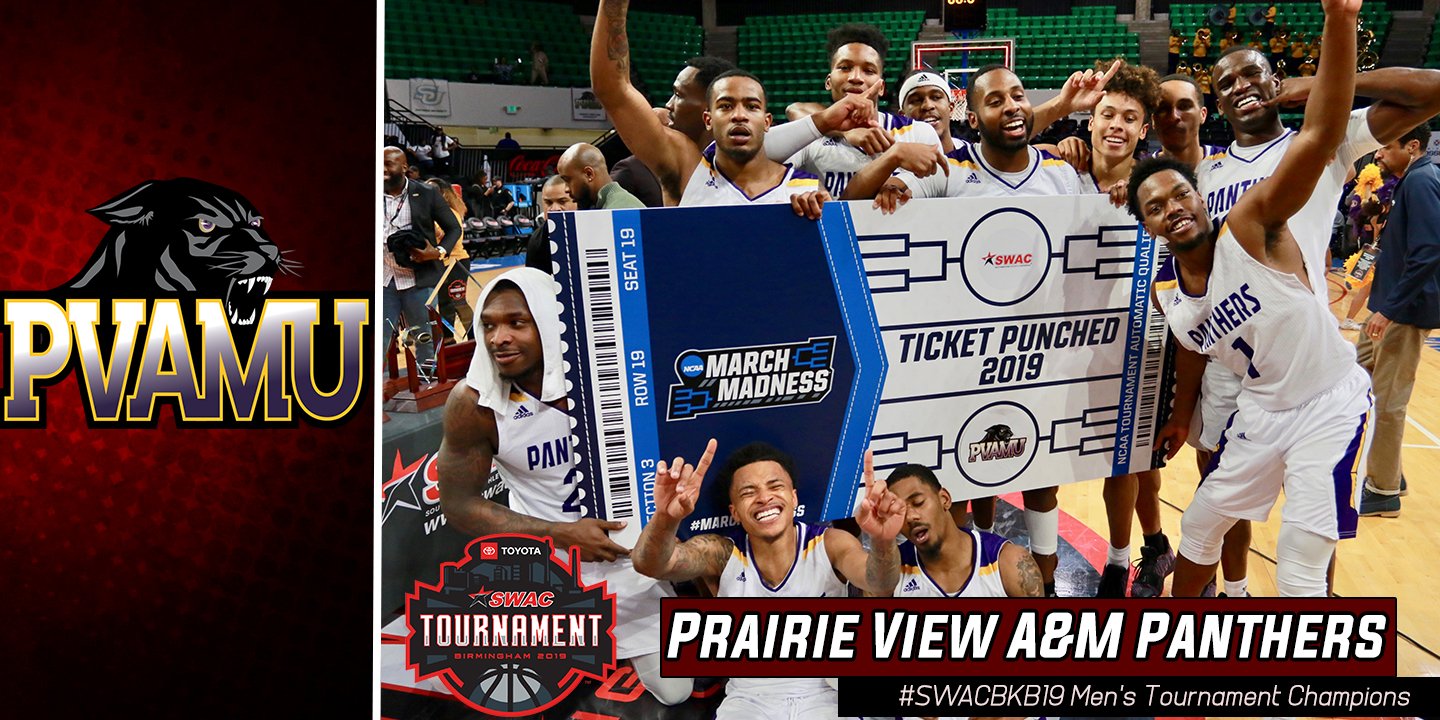 The Prairie View A&M Panthers (22-12) defeated the Texas Southern University Tigers (21-13) 92-86 to win the SWAC (South Western Athletic Conference) and a spot in the 2019 NCAA Tournament.

The Panthers were led by guards Gary Blackston and guard Dennis Jones, both of whom scored 17 points. Forward Devonte Patterson led the team in rebounding with six boards and chipped in offensively with 10 points.

Head coach Byron Smith has led his team to the NCAA Tournament in his second full season as head men's basketball coach at Prairie View A&M University. This is only the second trip for the Panthers to the big dance after getting there once before in 1998. 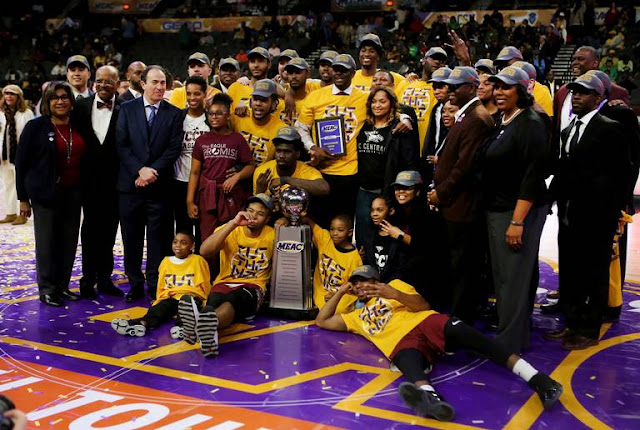