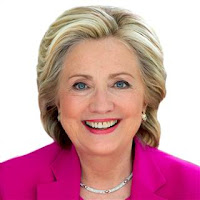 During an interview on The Tom Joyner Morning Show, Democratic presidential candidate Hillary Clinton discussed her plan to help HBCU's. In response to a question from Roland Martin she made the following comments.

So what I’m focusing on is more good-paying jobs, I want to make college affordable and that is a plan that I’ve been talking about and working toward since I got into this campaign. I also want to help everybody with student debt and that’s a very high proportion of African-American young people with a B.A., that come out with student debt. We’re going to really help that get paid down and paid off so people can get on with their life.

I’m committed to helping historically Black colleges and universities – in fact, I have a specific fund of $25 billion dollars that will really upgrade and support and provide financial assistance for young people, because I think the HBCU’s are incredibly important in providing a pathway into the future. Donald Trump has been talking to white crowds about how he would help the African American community while actually insulting black people. Hillary Clinton, on the other hand, has taken the time to devise plans to help African Americans. One of those plans is Hillary Clinton’s New College Compact. The compact  benefits historically black colleges and universities (HBCUs).

Historically Black Colleges and Universities play a critical role in our higher education system. They provide African Americans and other minorities with a quality education, and increase the chances of social mobility and economic security for hundreds of thousands of students each year who have historically faced discriminatory and unequal treatment.

The role of HBCUs has never been more vital, graduating the majority of African American teachers in our country, nearly 1 in 5 African Americans who earn science and engineering BAs, and HBCUs are serving more than 300,000 students. Predominantly Black Institutions also play a critical role and will be eligible for all of the supports for HBCUsin Hillary Clinton’s college plan.

Hillary Clinton knows the critical role that HBCUs play in extending opportunity to underserved students. The New College Compact will support, encourage, and reward the HBCUs that help our students succeed so students can complete college, without costs being a barrier or debt holding them back.

For all public HBCUs, under the New College Compact students should never have to take out a loan to earn four-year degrees and will not have to pay a dime to earn two-year degrees because the plan:
For all private HBCUs, Clinton’s plan:
This plank in Clinton’s plan was inspired by the America’s College Promise Act, introduced in Congress in July by Rep. Bobby Scott, which is designed to create new pathways to four-year degrees at HBCUs as well as other MSIs. The new funds help the schools lower attendance costs and implement supports to improve student outcomes. Clinton knows that private HBCUs serve an important public mission, and that’s why she makes a significant commitment to these schools in her plan.
And for all HBCUs, both public and private, Clinton’s plan
Posted by Councilman George L. Cook III at 9:01 AM No comments: