One million Black voters have cast ballots in Georgia 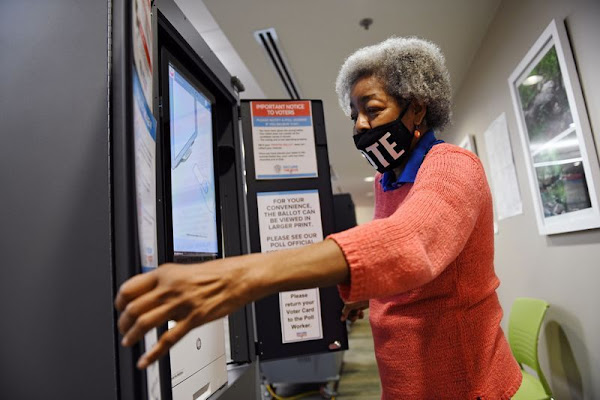 As Georgia wrapped up weeks of early voting on Friday for the Nov. 3 election, Black voter turnout had far surpassed the level seen at the same time in 2016.

Some 1 million Black voters have already cast ballots this year, up from 712,000 this time four years ago, according to TargetSmart, a Democratic analytics firm.

It is part of a rush to the polls in Georgia. More than 3.8 million Georgians had already cast ballots as of 5 p.m. on Friday, compared to 4.1 million overall in the last presidential election. 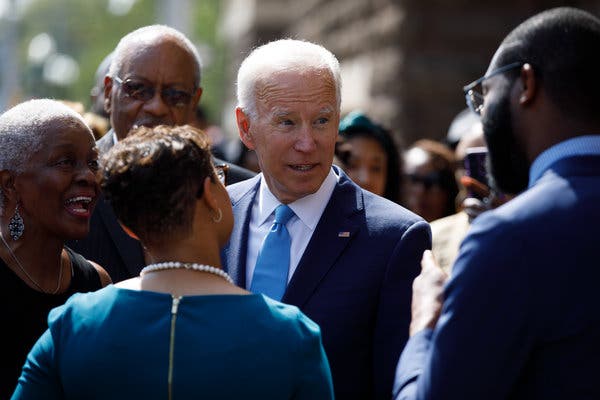 Posted by Councilman George L. Cook III at 9:48 AM No comments: 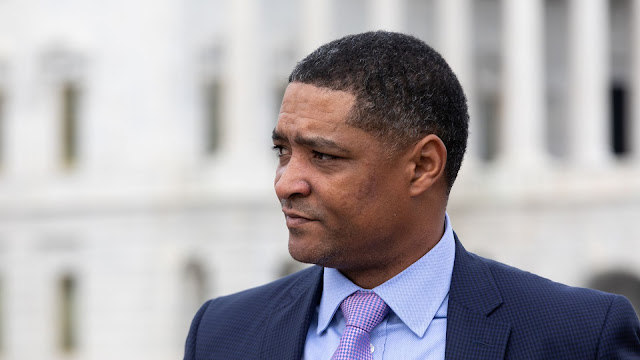 U.S. Rep. Cedric Richmond, D-New Orleans, has been chosen as the first national co-chairman of Joe Biden’s 2020 presidential campaign, The New York Times reported Friday (May 31). The selection could improve the former vice president’s stock with black voters and members of Congress at a time when two black Democrats, Sens. Cory Booker of New Jersey and Kamala Harris of California, also are seeking the party’s nomination for president.

Richmond worked with Booker and Harris when he chaired the Congressional Black Caucus in 2017 and 2018, and Politico reported that he gave maximum monetary contributions to their campaigns. In August, he facilitated a question-and-answer session with another Democratic presidential candidate, Sen. Elizabeth Warren of Massachusetts, who is white, at Dillard University in New Orleans.

But he also has been a vocal supporter of Biden, a white man who was a senator from Delaware before becoming Barack Obama’s vice president. Richmond was pushing Biden to run as early as 2016, the year Republican Donald Trump was elected president, and he formally endorsed Biden in April, Politico reported.

What will be his role in the Biden campaign? Richmond told The Times: “My biggest strength is offering political advice and using my political instincts to come up with strategy, and not just strategy in the African-American community. I think the real strength is in the South and other parts of the country." 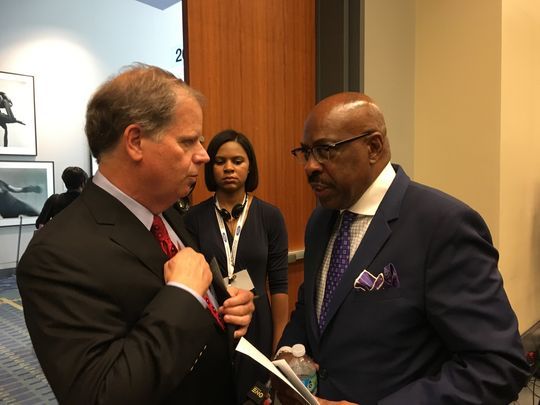 Posted by Councilman George L. Cook III at 8:47 AM No comments: 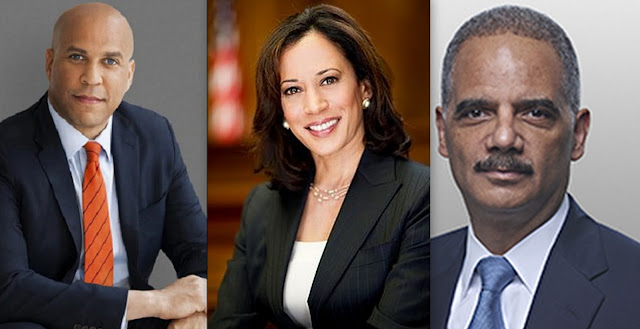 POLL: Would you vote for Ben Carson?

While Donald Trump is busy sucking most of the oxygen out of the republican primary race another candidate has quietly came up on his heels. That would be the soft spoken Dr. Ben Carson who has no actual qualifications to be president of ANYTHING, let alone President of the United States.

Some republicans/conservatives feel that Carson can attract a sizable amount of the black vote that other candidates can't. What this is based on other than Carson's race is unknown to me. I guess they feel because they like him black voters should like him not because of his views but because of his inspiring life story and his work as a renowned neurosurgeon. But people are smart enough to separate the gifted doctor from the bumbling candidate. Right now Clarence Thomas might be more popular in the black community than Carson especially after Carson's ridiculous comments comparing Obamacare to slavery. I wont even mention his stupid comments about blacks waiting to get a pat on the head from democratic leaders.

But I do wonder if a sizable number of black voters (meaning more than 3%) may still vote for him. Now why the audience here is diverse it is still mostly African American and votes Democrat so your opinion is important here. So let's tale political affiliation out of it. I would like to know if everything were equal could you under any circumstances vote for Ben Carson to be president of these United States?