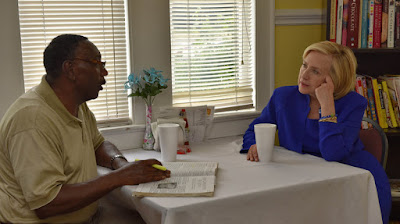 Hillary Clinton will need black voters if she wants to win the Democratic nomination and the presidency next year. But African American voters were a major reason she lost the early nominating state of South Carolina to Barack Obama by nearly 30 points in 2008.

She's trying to make up for it this time around.