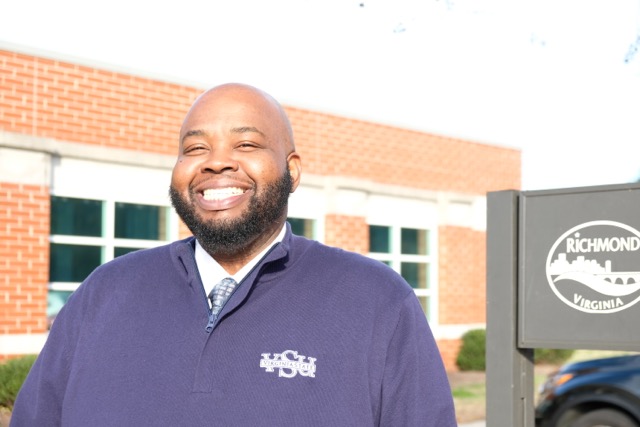 HBCU graduate Rodney Robinson of Virginia has been named the 2019 National Teacher of the Year by the Council of Chief State Officers. The Council of Chief State School Officers (CCSSO) is a nonpartisan, nationwide, nonprofit organization of public officials who head departments of elementary and secondary education in the states, the District of Columbia, the Department of Defense Education Activity, the Bureau of Indian Education and the five U.S. extra-state jurisdictions.

Rodney Robinson is a 19-year teaching veteran. He became a teacher to honor his mother, who struggled to receive an education after being denied an education as a child due to segregation and poverty in rural Virginia. In 2015, Robinson started teaching at Virgie Binford Education Center, a school inside the Richmond Juvenile Detention Center, in an effort to better understand the school-to-prison pipeline.

Robinson uses the whole child approach to education to help the students who are most vulnerable. His classroom is a collaborative partnership between himself and his students and is anchored in him providing a civic centered education that promotes social-emotional growth. Robinson uses the knowledge he has gained from his students to develop alternative programs to prevent students from entering the school-to-prison pipeline.

Robinson has been published three times by Yale University and has received numerous awards for his accomplishments in and out of the classroom, most notably the R.E.B. Award for Teaching Excellence. He is a member of Richmond Mayor Levar Stoney’s Education Compact Team, which includes politicians, educators, business leaders, and community leaders, and is working with city leaders and local colleges to recruit underrepresented male teachers into the field of education. He has also worked with Pulitzer Award winning author James Foreman on developing curriculum units on race, class, and punishment as a part of the Yale Teacher’s Institute.

Robinson earned a Bachelor of arts in history from Virginia State University and a master’s in educational administration and supervision from Virginia Commonwealth University.